from Amway Australia Because Magazine, December 2007

Shanker and Mia Bala have gone from strength to strength by achieving their Diamond pin only a year after reaching Emerald.

The first time that Shanker and Mia met was five years ago at a home presentation of the Amway Business Plan. All eyes were on Shanker that night as he presented the business opportunity to a group of people which Mia was a part of. When the couple tell this story, more often than not, they are asked “was it love at first sight?” “No,” Shanker chuckles as he shakes his head. He says, “Everyone asks that, but it didn’t happen at that stage. Mia was just excited about the business opportunity presented.”

Finding love was the last thing on Mia’s mind that night. As she listened to the plan unfold, the only thing she could think about was how this business could change her life. For a long while, Mia had been searching for a way to gain control back over her life and hadn’t found anything that could help her out of her unhappy situation. She felt like she was stuck with no options. But that night, something awoke in her. It was the first time in years that she felt hope as she realised that the business could give her everything she needed to overhaul her life.

“All I was looking at that night was the whiteboard and how the business was going to be the key to my freedom,” Mia says.

With the mentorship of Shanker and the support of the group, Mia’s confidence began to build. The two eventually became good friends, talking for hours about the shared values of their different cultural backgrounds (Shanker comes from an Indian background and grew up in Malaysia; Mia’s family is from Italy) and the goals they wanted to achieve in the business and in life. “Our friendship became more when we realised that our spirituality was connected,” Mia says. “Our purpose in life was something greater.”

When the two decided to become partners in the business they became unstoppable. Shanker says that they “went from strength to strength”. Their dear friend William Mar says, “The minute Mia partnered with Shanker, she brought in energy, passion and a synergy. They are both very giving people. Shanker is very loyal, persistent, has a strong work ethic and a big heart. Mia has a very giving heart as well. She quickly grew and changed in such a short time to become the person and the leader she needed to be.”

Mia admits that one of the biggest challenges she had to face when she and Shanker partnered was stepping up to the leadership role. “It was somewhat overwhelming to step up to the leadership role very quickly,” Mia says. “It puts a bit of pressure on you. But being the person that I was, I wanted to become better. Personal development is very important to me. I decided I was going to become good at learning the business.” 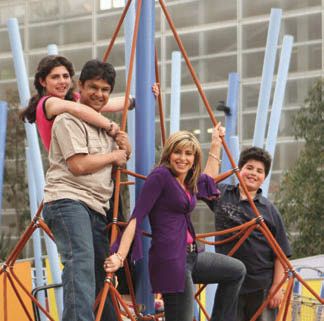 The Melbourne couple made the decision to reach Emerald and did that within a year of setting the goal. Their close friends Andrew and Veenita Menon, who describe the couple as their soul mates in the business, were ecstatic when the Balas achieved their goal. “I cried my heart out,” Veenita says. Then, only a year after becoming Emeralds, the couple surprised everyone by achieving the Diamond pin.

Veenita says, “We knew they would eventually reach Diamond, but to do it so quickly!” William adds, “My wife and I were one of their Platinum legs for Emerald and we could see that they weren’t stopping at Emerald. We knew it was just a matter of time before they became Diamonds.”

Shanker and Mia decided to celebrate the occasion the only way they knew how – by hiring out an indoor play centre for a party. These two are definitely big kids at heart and spend a lot of time playing soccer and football with Mia’s 12-year-old daughter Annie and 10-year-old son Anthony, both of whom Shanker treats like his own. They can already see the positive effect that being in the business has had on the two children.

“We wanted to become Diamonds, not because of the pin or because of the status, but because of the people that we could become along the way,” Shanker says. “We wanted to be people that others can look at and say, ‘I can rely on them not only for my business, but for my family – they are people who will be there for me no matter what.’” Mia adds, “Unleash the dreams that have been suppressed for years and unleash unstoppable attitudes and a mindset of ‘I can’ as opposed to ‘I can’t’. Despite what we have been through, we didn’t look at ourselves as victims. If we can change our lives, then others can do the same.”[Category:Australia]]