In March 1995, while studying Hotel Management in Australia, Zheng Weiliang (Andy), was exposed to the Amway business. In Australia, he saw the fact that the Amway business can change the lives of ordinary people, and although it is not easy but definitely "worth" the effort. While studying in Australia and attending meetings he heard many inspiring stories about Amway and became confident about the potential of Amway business. He decided to return to China in 1995 after learning Amway was to enter the Chinese market and dedicate six years to build his Amway business. Today more than 16 years later, Amway has not only brought Zheng Weiliang (Andy) and his wife Luo Bin (Wendy) the perfect lifestyle, but has also moulded them into better human beings with values. Wendy joined Amway more than a decade ago. Before that, she had weathered many ups and downs in traditional business. Wendy says, "I was an introvert, but my Amway experience and upbeat husband have changed me into a sunny person."

Their most memorable time was in 2000, when one of the Amway's founders Rich Devos visited China for the first time. At that time, he had just finished a heart transplant, but he insisted to go all the way across the oceans to boost the morale of people in China. There he said, "As long as there is one of you who does Amway, Amway's factory will be open for you, and this is my promise to you!” That day, Zheng Weiliang, and his wife Luo Bin and the presence of their team were once again touched by the Amway spirit, and started setting new goals. Today, the values advocated by the founders of Amway have opened up every corner of the world with immense possibilities, and has inspired thousands of people by their living legacy. Andy & Wendy are one of the millions of Amway couples in the world whose lives have been transformed forever because of this business.

Andy loves to read books, and wherever he goes brings books with him." As a member of the Founders Council, my mission is not only to expand the business but also to train people," he says.

He believes that India is one of the most potential markets for Amway. There will be many success stories coming out of this market that will motivate and inspire millions around the world towards a better future through the Amway business. Their mission is to help more and more ordinary people with dreams to succeed in the Indian market. 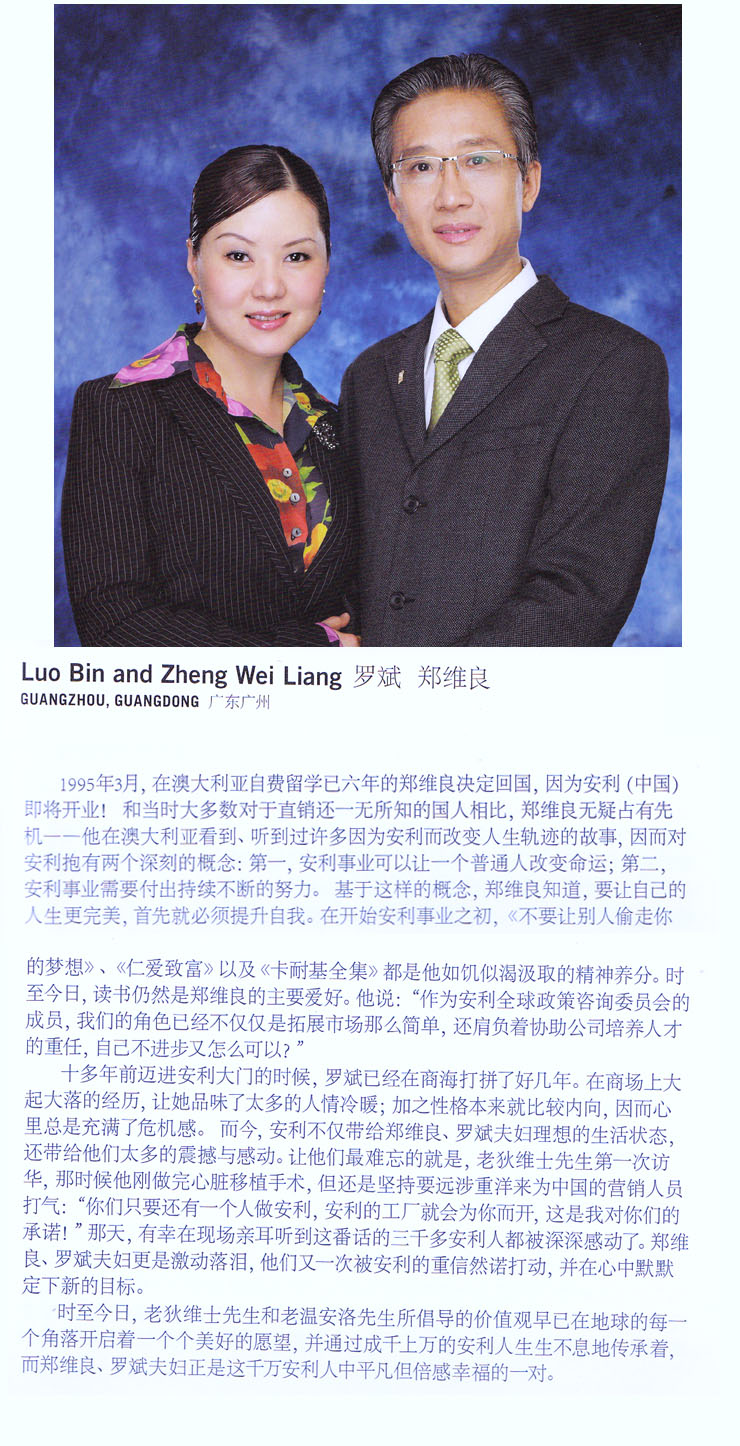