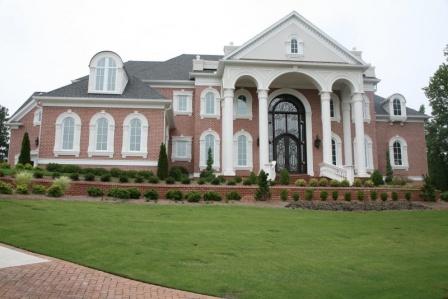 Raj and Sangita Shah both came from middleclass, working families in Gujarat, India. Sangita came to the U.S. as a teenager with her parents in 1978. After high school, she attended Rutgers University, where she earned a degree in accounting and finance. Raj completed his master’s degree in business at Baroda, India, and came to the U.S. in December of 1982 to pursue another master’s degree in computer science at Cleveland State University.

Raj and Sangita met while living in the States, and were married in New Jersey in October 1988. When Sangita’s parents, Mahendra and Ranjan Soni approached the couple about a business in 1990, Raj and Sangita were working for the same corporation; Raj, as a software engineer, and Sangita, as an accountant. They had a decent combined professional income with all the perks, but Raj hated the nine-to-five regimentation.

Raj had always wanted to own his own business, be his own boss, and give his wife the choice of being a full-time mother when they had their family. They saw this business as the vehicle to make these dreams come true. For the first eight months in the business, Raj and Sangita did not realize the potential of this opportunity. They thank God for their upline, Kulin and Mina Desai, who encouraged Raj to attend Britt school in May 1991. It was at Britt school that Raj came to understand the success principals taught by Bill Britt. With this revelation, along with meeting people from all walks of life who were succeeding, "This business went from our heads to our hearts, and we made the quality decision to build the business," Raj recalls. Six hundred miles away from their sponsor, it was not easy, but with the help of the Britt-Michigan team, and support from their upline, they slowly began to succeed. "We made two decisions about this business," says Raj. "The first was to get started. The second was to never quit." In April 1992, when their first child was born, they were at the Platinum level, and Sangita quit her job to be a full-time mom. In 1994, Raj ended his seven years as a computer engineer. Raj and Sangita appreciate their upline Diamonds, Kanti and Lata Gala, for believing in them and serving as role models. Today, the Shahs are full-time parents, spending quality and quantity time with their three children. "Treat your business as a multi-million-dollar business, and not a hundred-dollar business, and you will fulfill your dreams," says Raj.