Amway is one of the world's largest and oldest multilevel marketing companies (MLM). Founded as "JaRi Corporation" in 1949 and renamed "Amway Corporation" in 1959, the company restructured in 1999 and became a part of the Alticor holding company. The same year, Alticor launched a sister company to Amway, Quixtar with a focus on utilizing the internet. By 2001 the majority of Amway distributors had transferred to Quixtar and Amway North America was merged into Quixtar. In 2007 Quixtar announced that they were reviving the Amway brand in North America and the Quixtar name would be phased out. 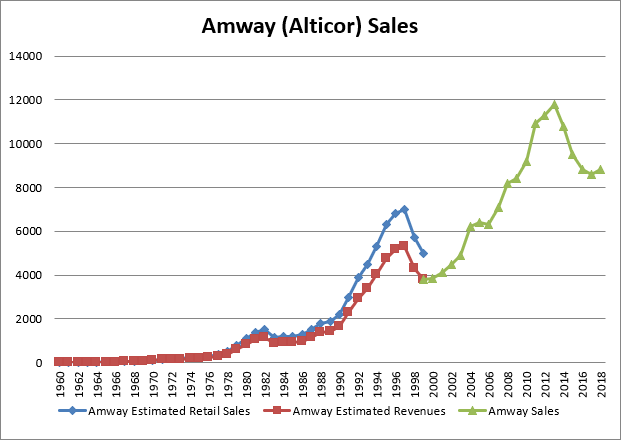